EasyPower LLC is excited to announce our release of EasyPower 10.0! This release includes new features and improvements to your EasyPower software.

The following are New & Enhanced Features in EasyPower 10.0:

To view a detailed list of changes and fixes, go to the 10.0 details page.

Details regarding EasyPower 10.0.2 - Service Pack 2 can be found here.

IEC-60909 in Short Circuit and Coordination 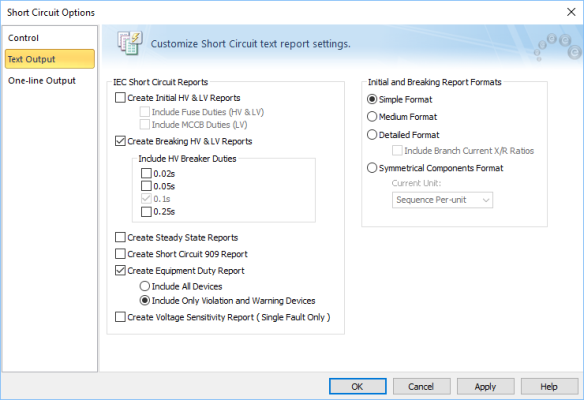 You now have much more control over the text that appears next to the equipment symbols on your one-lines. You can choose what equipment properties and text to use and the order in which it appears. Several options for text visibility are now controlled using the custom text feature. See Customizing the One-line Text for more information. 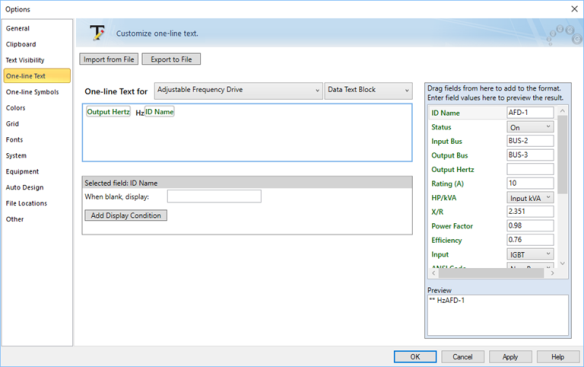 New templates have been added that enable you to manually adjust your equipment symbols using XML. You can use File Locations to control which templates are used for new one-lines. See Customizing One-line Symbols for more information. 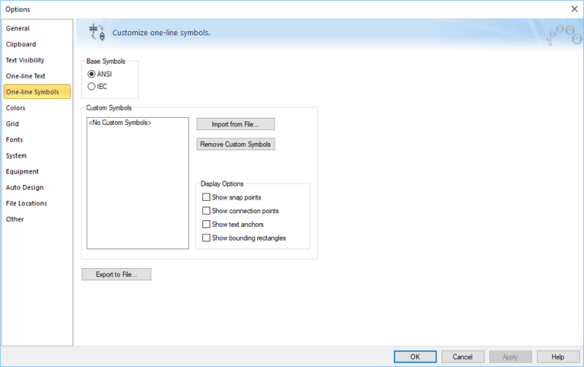 We have made improvements to the process for importing OnSite files into EasyPower one-lines, including an improved one-line layout and better equipment matching.

We have made updates to arc flash approach boundaries, PPE levels, and have added the ability to display incident energy in joules/cm2. The device library has been updated to reference the new 70E tables.

EasyPower is now available in a translated version for Chinese. Both the user interface and the product documentation have been translated. This effort paves the way for future language translations. Contact sales@easypower.com for more information. 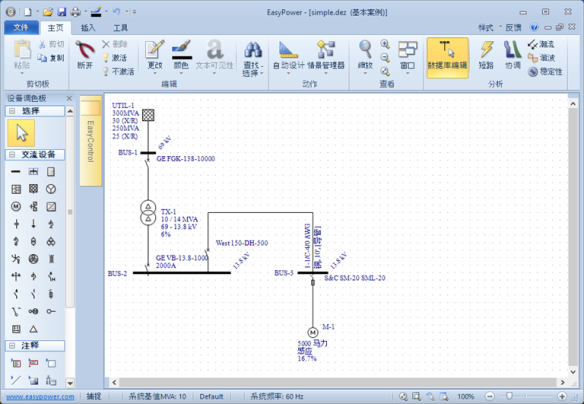 And much more!
For more details on the release, features, enhancements, and bug fix information, see the EasyPower 10.0 Release Details.

Note: New release features often include changes to the database. This may affect what you see in the Database Browser and also what is included when you export data into CSV files. If your existing work processes rely on information from the database, be sure to review your processes after you update your software.

Updating from Within EasyPower

If you have a stand-alone license (and not a network license), you can update your software from within EasyPower by selecting Tools > Update. If you are using a network license, you should use the manual update outlined below - download and then activate the software.

Your authorization code has been sent to the registered user at your company. This code will be needed when downloading the update outside of the EasyPower software.

As mentioned above, you will need a serial number to download the update, and the authorization code to install the new version of the EasyPower software. Both of these were sent to the registered (primary) user at your company.

EasyPower updates are accessible to all EasyPower users with a current maintenance contract.

Please note the following comments associated with this release:

Files will be installed to the following locations:

Important: If you are installing on a network, you must perform the server installation and activation BEFORE you install and activate EasyPower on your client computers.

Please call us at +1(503) 655-5059 option 3, or email support@easypower.com, if you need any assistance or have technical questions.  To give us feedback on the EasyPower 10.0 release, please email feedback@easypower.com.

The EasyPower knowledge base has additional solutions to help you use EasyPower to solve your electrical problems.

Here is a list of historical release notes as well as update details, for more recent versions.