The choice of the soil model is crucial in electromagnetic simulations of systems close to the soil surface and in particular in the grounding systems analysis.

There is much literature about the criteria to set an appropriate soil model which can be used to predict the performances of a grounding system. XGS allows to use uniform, multilayer and multizone soil models. 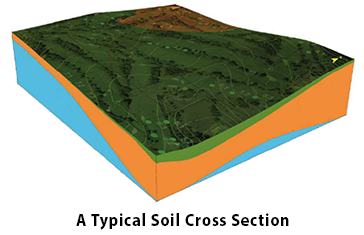 A uniform soil model should be used only when there is a moderate variation in apparent measured resistivity both in vertical and horizontal direction but, for the majority of the soils, this assumption is not valid. A uniform soil model can also be used at high frequency because in that case, the skin effect limits the penetration depth of the electromagnetic field to a few meters and so, the soil resistivity of the depth layers do not affect the results.

The soil structure in general changes both in vertical and horizontal direction and the presence of ground water further complicates things. The vertical changings are usually predominant on the horizontal ones, but about this aspect, is essential to consider also the grounding system size.

In case of small grounding systems (maximum size up to a few hundred meters), soil model is not significantly affected by horizontal changings in soil resistivity and usually a multilayer soil model is appropriate. The layer number depends on the soil resistivity variations in vertical direction and three, four or five layers can be sufficient for most cases. Sometime, in order to consider seasonal effects like frozen soil, a bigger layers number can be necessary. For this reason, XGS allows to consider up to 20 layers. 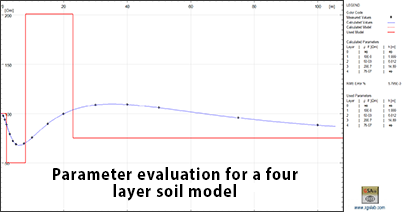 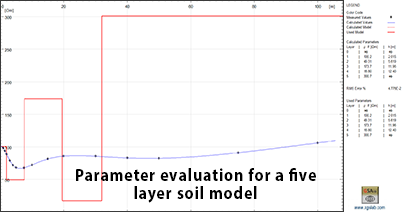 In case of grounding systems of intermediate size, soil model is affected by both horizontal and vertical changings in soil resistivity and usually an equivalent double or triple layer soil model is appropriate. This is the most important case in practical applications.

The earth reacts to the AC electromagnetic fields. The exact solution of this problem was found by Sommerfed and involves integrals (known as Sommerfeld integrals) that represent the solution of the Maxwell equations related to infinitesimal horizontal or vertical current elements radiating in the presence of a lossy half space. Sommerfeld integrals take into account the boundary conditions on the tangential components of the electromagnetic fields at the half space interface.

These integrals usually cannot be solved in closed form and in general are quite difficult to calculate also with a numerical approach because contain very oscillating Bessel functions.

The earth reaction to the AC electromagnetic fields grows with frequency and soil conductivity and is different for horizontal and vertical buried or aerial sources.

In order to display the earth reaction in an effective way, in the following, is represented the cross section of the magnetic field close an horizontal or vertical source on or above the soil surface. In DC condition, there is no earth reaction. 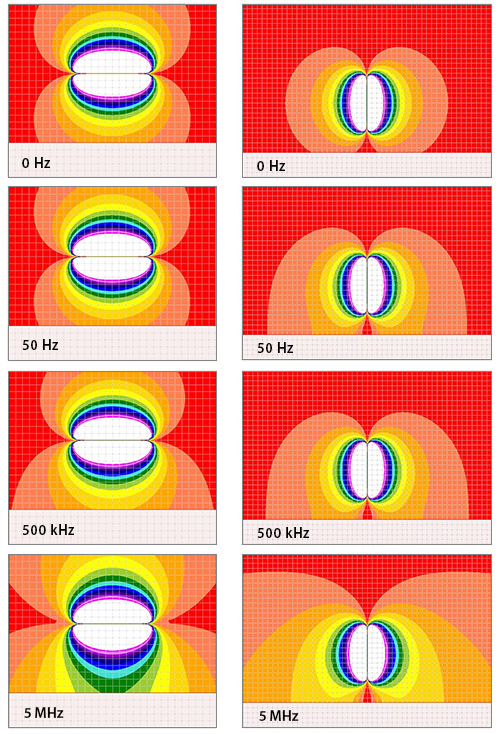 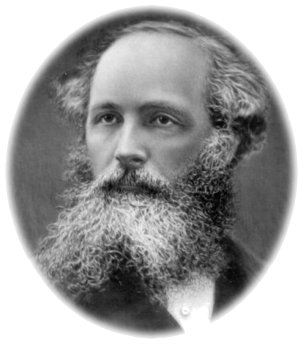 On the other hand, not many people know about the fundamental studies carried out by Sommerfeld. Among other things, Sommerfeld studied the effect of the earth's reaction to the electromagnetic field. The rigorous solutions of the half space problem are known as Sommerfeld integrals.

Without Sommerfeld studies, it would not have been possible to develop XGSLab. 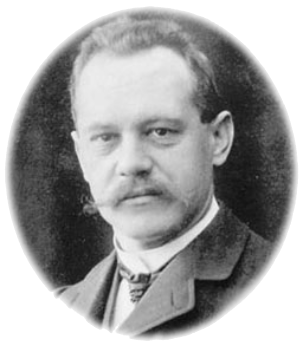 Of course, XGS is based on the works of other scientists and mathematician as for instance I. Newton (1643), L. Euler (1707) and J.F.C. Gauss (1777) and many others that in more recent times have improved the scientific computing.